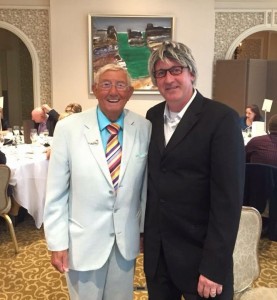 The Grace O’Malley Foundation has become the first of a group of new charitable organisations to be awarded ‘charitable status’ by the Charities Regulatory Authority (CRA) under the Charities Act 2009.

Established in 2015, The Grace O’Malley Foundation’s mission is to assist older people who wish to remain living in their own homes with independence and dignity for as long as is feasibly possible. Their focus is to support those beyond the existing state provisions who do not have the financial means themselves to adapt their homes or purchase equipment essential to live an independent life.

Founder Blaise O’Hara said after receiving the news – ‘Becoming the first organisation in the country to receive charitable status under the new regulations is fantastic, it means we are now in a position to deliver on our long-held vision of helping the elderly that are most in need. Financial means should not be a factor for those who want to live an independent life at home for as long as possible in their later years.’